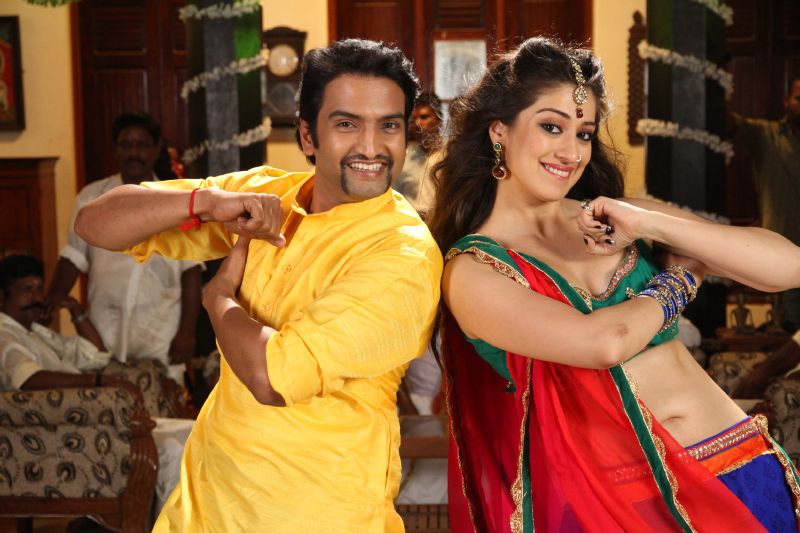 “ARANMANAI”
Vision I Medias multi Crore budget “Aranmanai” built by Director Sundar.C
Director Sundar.C. who is well versed on comedy and action films this time
coming up with a Supernatural film in Tamil & Telugu.The cast adding value
to the Aranmanai are Santhanam, Hanshika Motwani,
AndreaJermiah,LakshmiRai,VinayRai,KovaiSarala,Manobala,Saravanan,
Kaadhal Dhandapani and others. Director Sundar.C is playing a pivotal
character in the film.
Music Director Baradwaj who has notable tunes in the Tamil films scores the
music for Aranmanai has given 5 different numbers of hearts stealing
composition. For any horror movie cinematography would be the soul and in
this movie it is graced by U.K.Senthilkumar.
Vision I Medias has built a costly, strong and Massive Aranmanai in Tamil
and Telugu with Director Sundar.C
The film was In need of a palace and the unit went for location hunting
across the country and they did not find a one what the director needs. The
company decided to construct a palace in Hyderabad Manikonda at a cost of 3
Crore. Nearly 400 employees spent their hard work for 3 months and
constructed the palace.
The Computer Graphics in the film has duration of approximately 1 hour and
10 minutes and going to be the best in recent movies.
The gorgeous three girls Hanshika, Lakshmi Rai, Andrea has given the
carrier best performance as well as the glamorous dance to the tunes of
Barathwaj.
Santhanam teamed up with Kovai sarala, Manobala and have raised the
entertainment portion.
The blood chilling, back bone piercing Aranmanai movie final work is going
on and the music release will be soon.
Fear Psychosis
behind the shoot by Director Sundar.C during the film
Aranmanai…
Director Sundar.C who is constructing a Aranmanai at a cost of 20 crore in Tamil
and Telugu with the leading cast Hanshika Motwani, Andrea, Lakshmi Rai
,Santhanam,Vinay,Kovai Sarala,Saravanan and others experienced a spine chilling
incident during the shoot of Aranmanai.
Child actress Priya (6 years old) has played an important character in the film.
When the Director explained a real incident we got goose bumps.
Priya child artist in the film interacts with spirits. Director said during a scene with
the kid he asked to whom with you speaking.The kid replied “He is standing right
here. Right here”… But I could not realize anything.
After the shoot when we doing the editing the silent portions of the recordings in
Chennai we heard a breathing voice. I don’t have words to say the feel. I and editor
Srikanth were speechless for few minutes and scared. The tape is still with me and
it stands as the witness.