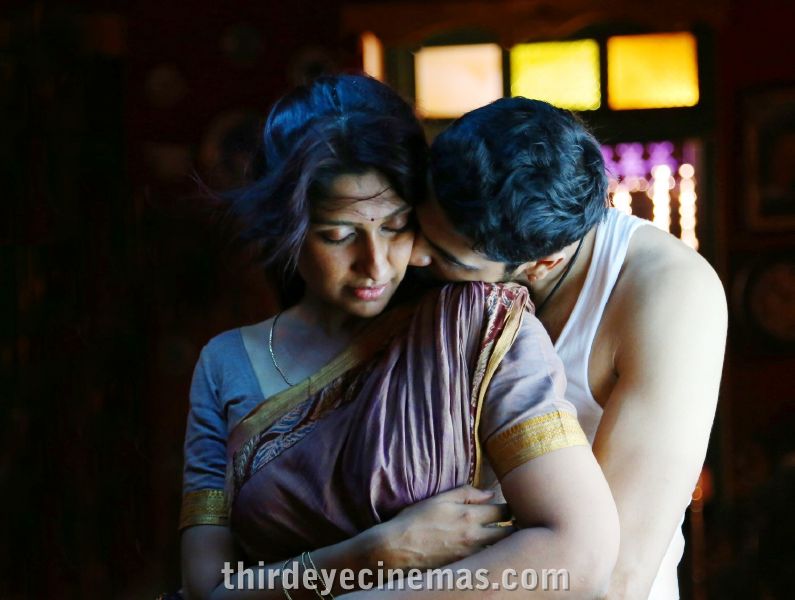 Andhra Mess is an upcoming Tamil feature film, which is being produced by Showboat Studios.
Jai, an ad film maker with many successful commercials to his credit, is making his debut in Tamil Cinema as a director.
The camera is being handled by Mukesh G, who learned the craft from eminent cinematographer P.S. Vinod.
Prashant Pillai, who has assisted A. R. Rahman in numerous films, and is known for his bold and captivating scores from movies like ‘Shaitan’ and ‘David’ in Hindi and ‘Amen’ in Malayalam (and not to forget his latest IPL sixer “Kanna Keep Calm”) is composing the music for Andhra Mess.
Let’s hear from director Jai about the movie:
Major portions of the film have been shot except for a few scenes and a song, which we have are planning to shoot near Pune towards the end of the month. One song in this movie is in Hindi. This song has been picturised on Rajbharath and Tejaswini. We have shot this song in a sensuous and aesthetic style. Dance Master Viji has choreographed this song beautifully. Mukesh’s camera work and art director Senthil’s stylish sets will mesmerize the audience for sure!!
This is an effort to take our cinema towards the next generation
We have tried to tell a story in a new style incorporating various aspects of alternative cinema with an aesthetic eye.
It is a completely new style of narration signifying how a story teller will tell his tale interestingly to his audience. This style is called “Magical Realism”. The locales where the story takes place are being shown in an entirely new light. The styling of the costumes by Datsha Pillai is without any geographical identity and we have taken care to make them look out of the realms of the ordinary. The characters and their situations in this movie are novel but their life is an interesting collage of our day-to-day experiences. The narration of this movie will also follow this style.
Showboat Studios:
Showboat Studios, headed by Nirmal K. Bala, is a prominent ad house with many successful ad commercials to their credit. This company has ventured into feature film making with “Andhra Mess”. Since film is a very powerful medium, Showboat studios aim to produce good feature films and will strive to take modern Tamil cinema to new heights, by supporting creative minds with fresh and interesting ideas. Also in the pipeline are plans to venture into film distribution.