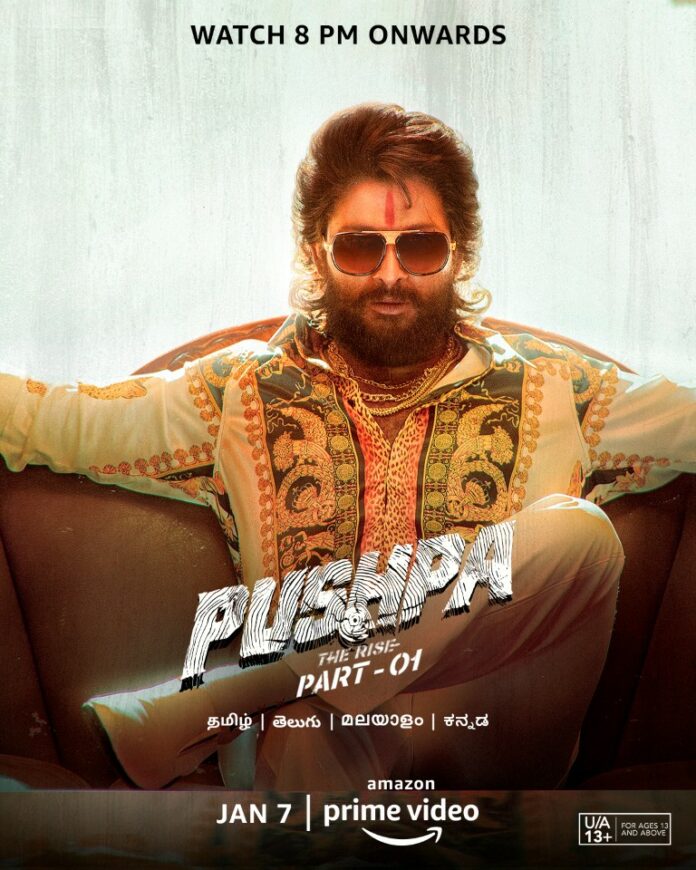 Amazon Prime Video is all set to take movie enthusiasts and Allu Arjun fans on an unforgettable ride as the mega-blockbuster entertainer, Pushpa: The Rise-Part 1 is now streaming on the service in Telugu, Tamil, Malayalam and Kannada.
To mark the worldwide premiere of the movie, Prime Video just dropped an exclusive trailer:  https://www.youtube.com/watch?v=HJQftJ9oO9k

Watch the ‘icon of the south’, the much-acclaimed actor Allu Arjun in and as ‘Pushpa’, an underdog who rises in the world of sandalwood smuggling in Pushpa: The Rise- Part 1 which is now streaming in Telugu, Tamil, Malayalam and Kannada on Prime Video is written and directed by Sukumar and produced by Mythri Movie Makers and Muttamsetty Media. The Telugu action drama also stars Rashmika Mandanna and marks the debut of the noted Malayalam actor Fahadh Faasil in Telugu cinema.