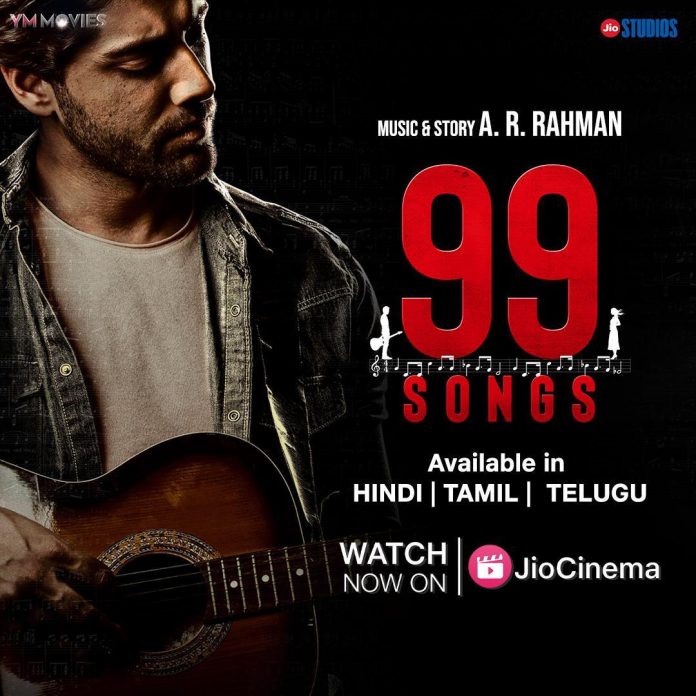 After its theatrical release on 16th April, Jio Studios and Academy Award winner A R Rahman’s first collaboration 99 Songs – a musical romance is now streaming on Jio Cinema in Hindi, Tamil and Telugu.

The film marked Rahman’s debut as a producer and writer. 99 Songs also saw the launch of a new talent Ehan Bhat along with Edilsy Vargas. Directed by Vishwesh Krishnamoorthy, the movie follows the journey of a young man named Jay whose life centers around his two great loves: music and his girlfriend Sophie. All is well until Jay’s love for music is challenged by Sophie’s father. 99 Songs is an ode to the timeless power of love and music. It’s the embodiment of the belief that one song can and will change the world.

Jio Studios and AR Rahman present 99 Songs in association with YM Movies. Starring Ehan Bhat and Edilsy Vargas, the film is directed by Vishwesh Krishnamoorthy and released in cinemas across India in Hindi, Tamil and Telugu on 16th April 2021.