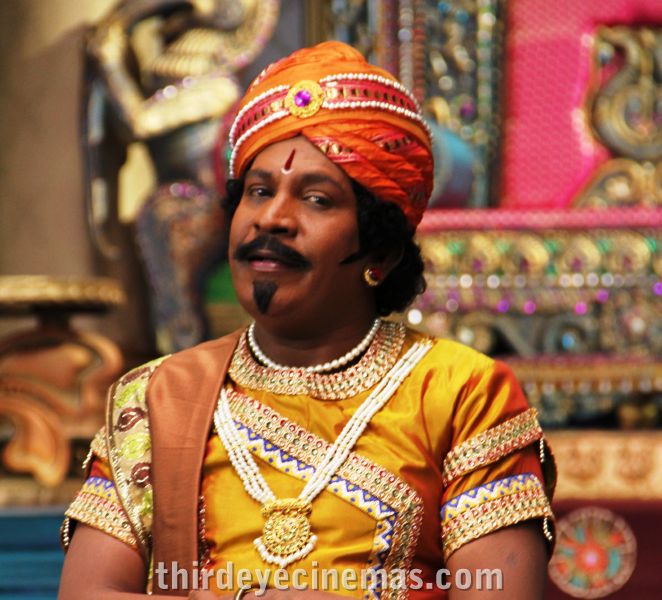 Vadivelu is back after a long gap to play the lead role in Jagajala Pujabala Tenaliraman. He plays a dual role in the film, which is directed by Yuvaraj Dayalan.

Since its is a period film, huge sets replicating fort, palace were erected for the movie in a huge budget. Also important scenes were shot in Coutrallam, Acchangkoil and Pudhucherry. It is a comedy caper all through. Acclaimed music composer D Imman is scoring music and he is busy recording background music for the film.

Art director Prabhakaran has come up with huge sets resembling reality. He has done enough research and come up with huge palace and courtyard of the Kings. Ramnath Shetty cranks the camera. He has captured scenes in a colorful manner. Veteran dialogue writer Aaroordas has penned dialogues that would not only make everyone laugh but also think a lot.

Raja Muhamad handles editing. Sivasankar, Brindha and Sivasankar (choreography) and lyrics are by Viveka and Pulamaipithan.

Besides wielding the megaphone, Yuvaraj Dayalan has also penned the story and screenplay. Planned for release this April, the movie has been produced in a grand manner by Kalpathy S Agoram, Kalpathy S Ganesh, and Kalpathy S Suresh.