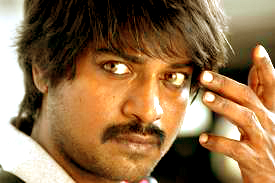 And he is also a very well known actor in Malayalam films.

sounding good “Everything in life has a Belief, and that Belief is all about this film” Daniel Balaji

is also casting a very special character in this film. Cast and crew selection is on process.

Magic Box Films Ganesh M.R‘s “Panaiyarum Padminium” is getting released on 7th February and their next upcoming film this ‘KRONI” A Daniel Balaji Film will begin their