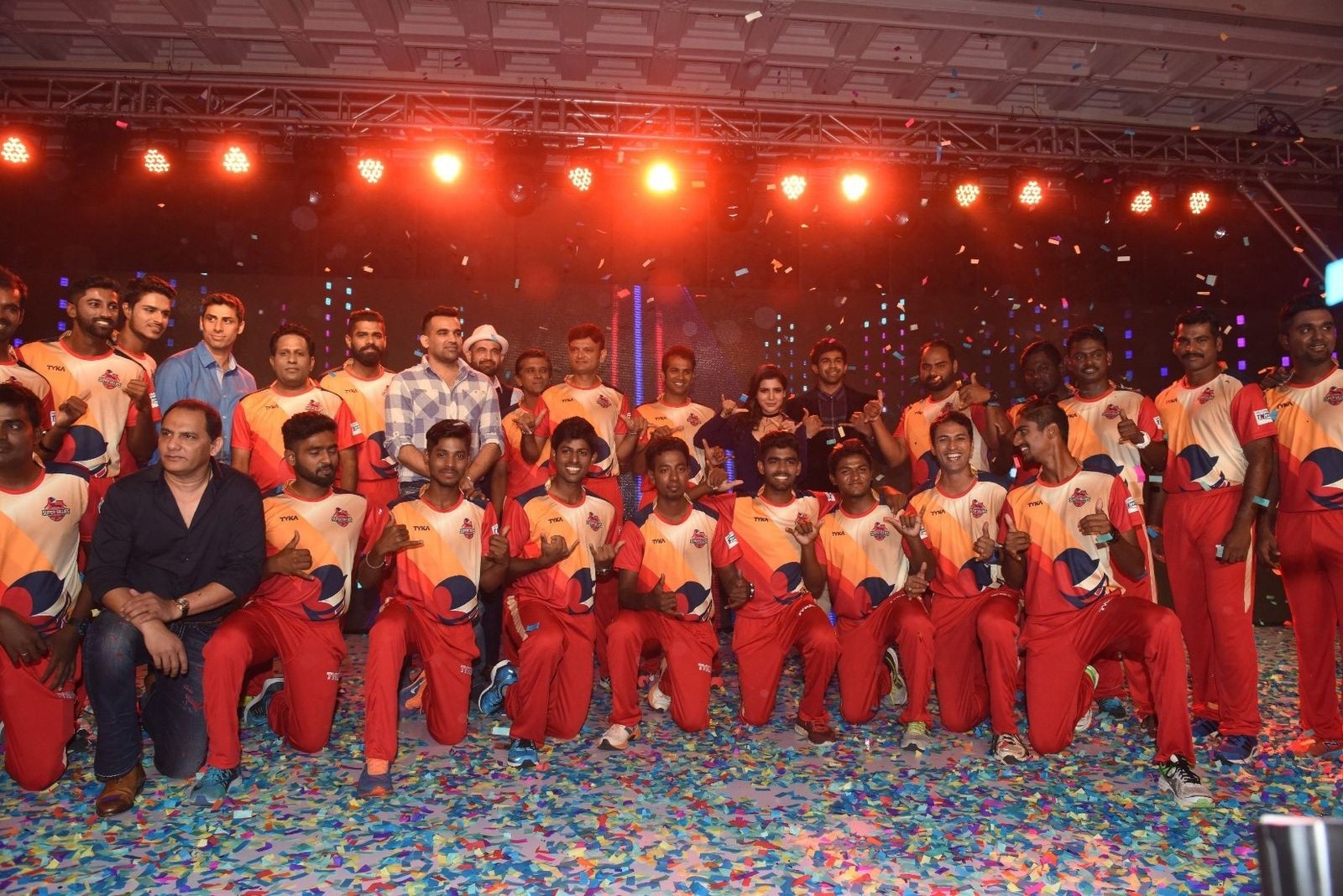 It was perhaps the last of the eight teams to stage an event to introduce their team, the logo, the jerseys, the squad, the anthem and the music video. But most certainly, the ‘Curtain-Raiser to Chepauk Super Gillies’ that was staged yesterday in the city, was well worth the wait. Not coincidentally, it turned out to a fitting tribute to ‘Madras Day’, by the only team that represents Chennai.

As the inaugural season of the Tamil Nadu Premier League is all set to roll out, all the eight teams are ready and raring to go. Practice sessions are in full swing and pompous events to raise toasts to their respective teams have been the flavor of the season. Yesterday saw the turn of ‘Chepauk Super Gillies’ – the TNPL T20 cricket team owned by DhinaThanthi (Daily Thanthi).As Chepauk Super Gillies played host to an evening of fun, frolic and fanfare, the event was graced by the presence and wishes of a galaxy of glittering stars representing cricket, tinsel town, besides an illustrious gathering of advertisers, the families of the squad, friends and well-wishers. Actress Hanshika, Dhansika, Meena, Kushboo, Rai Laxmi, Janani Iyer, Vedhika, Aishwarya Rajesh, Prabhu, Vikram Prabhu, Vijay Sethupathy, Nassar, Vikram, Jeyam ravi, SriKanth, Sharath Kumar were a few from Tamil film industry who were present at the Launch.

Starting with the revelation of the team logo in its animatic form, what followed as the showcasing of the team’s wardrobe was a true spectacle. A mannequin representing a player in his sporting attire was unveiled by cricketers Mohammad Azharuddin, Zaheer Khan, Asish Nehra, Irfan Pathan, while the stunning actress Samantha handed over the jerseys to the guests on stage. Now, it was time for some entertainment as the players and a bevy of models graced the stage with a catwalk that had the audience spellbound. The best was yet to come. Soon, the screen on stage thundered with a pulsating music video of the team anthem which had the gathering asking for more, and yes, it was reciprocated with a flash-mob rendition of the same.

The formality came to a rousing finish with the franchise owner Sivanthi Adityan joining the entire squad on stage to wish the team and thank the gathering. The evening extended further into an occasion of camaraderie over dinner and socializing.